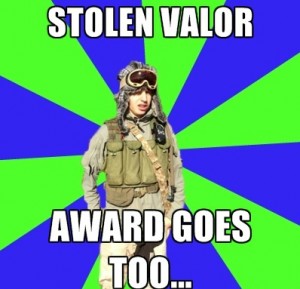 Now that Iraq and Afghanistan wars are over, many Veterans and overseas contractors flood the private security industry in search of security details, instructor positions and even booking writing opportunities.

So what do you do if a veteran misrepresents himself to your security company, claiming to have credentials that he does not have, yet presenting augmented documentation that seems to back up his claim?

If a job candidate states he has a military background, to include Special Forces and Blackwater, seems squared away, has story after story detailing his past experiences… why would fiction or non-fiction cross your mind?

If this same candidate produced the necessary paperwork confirming his “falsified truth,” how then would you even consider this person to be a fraud or suspect him of stolen valor?

How do you know if the documentation is augmented or not, (without being a Document or Forensic expert); not to mention, who sends in documents to be reviewed without suspicion or cause on a normal application process?

Who do you contact to verify the background of someone claiming to have an elite, secret military background? What steps do you take as a security guard company to weed out these individuals, while also not offending or questioning the integrity of a real veteran?

Background checks, MMPIs, drug testing, and fingerprinting simply aren’t enough when someone’s governmental background is in question, and often difficult to verify quickly for civilian companies hiring vets. If a presented DD214 is the document in question itself, contacting the VA or asking the government for a 201 file could take weeks to receive any information on the vet in question.

Private contractors such as Blackwater seldom speak with anyone outside of their “clique,” and many times may not confirm or deny an employee’s existence – keeping in mind, they are a private company and don’t have to disclose anything to anyone in many cases. 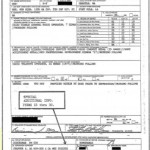 Recently, SRS confronted an individual who applied with our company stating he had Special Forces background; we of course requested a DD214 (as we do with anyone claiming veteran status), and was promptly provided with a copy of a DD214 in the individual’s name. While DPS conducted their background check and processed this individual’s licenses, we became concerned when a fellow Blackwater ex-employee came forward with information that disputed this applicant’s Blackwater stated experience.

Those questions brought the applicant’s DD214 back under review and a request through the government was made for the applicant’s actual government 201 file. Several weeks later that 201 file arrived which indicated the applicant was a Military Veteran, but not Special Forces, nor had the stated awards or rank as contained on a fake DD214.

“Flabbergasted” is a complete understatement!

Why would someone go through great lengths to misrepresent himself when only applying for a guard position?

What really makes a person go out of his way to the point where legal actions can be taken against him?

You can never really get into the minds of those who prey on others.

Quite frankly, he didn’t have a response and walked away, which a true Special Forces solider that is being questioned, to include addressing his integrity, would have never done and would have cleared the air immediately.

How should a guard company deal with Stolen Valor?

All too often, we hear of stolen valor but what do you do when it arrives at your place of business? You want to trust people until they give you a reason not to, but in today’s society, you just can’t do that anymore. And in the guard industry, you can’t take anyone’s word for it.

There are a growing number of people who want the attention, the acknowledgement, acclamation, or higher paid positions that choose to lie about their background and even falsify documents, which is despicable and dishonors those with real backgrounds and experiences.

If someone is presenting themselves as a decorated soldier or military expert, due diligence is necessary; once they provide their paperwork, go a step further (especially if it exceeds a normal, basic no frills solider), and ensure they have the credentials they say they have. Don’t trust what they hand you, seek additional help and checks.

SRS has since worked with www.professionalsoliders.com, www.stolenvalor.com and will be filing paperwork with DPS on this issue, while other options are being explored as well.

Security companies can contact http://www.stolenvalor.com or www.professionalsoldier.com and share their story there; if they or someone else suspects a guard of providing false information, they can double check their information here: http://www.archives.gov/veterans/ and ask for a 201 file.

If you suspect someone of stolen valor or would like more information on this topic, click here.